AVN of the knee

Avascular Necrosis AVN of the Knee 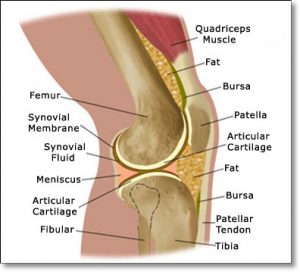 Anatomy of the knee

The knee joint is synovial fluid-filled cushioning pouches or sacs found in spaces between tendons, ligaments, and bones found in the area of joints.

The knee is part of a chain that includes the pelvis, hip, and upper leg above, and the lower leg, ankle, and foot below. All of these work together and depend on each other for function and movement.

The knee joint bears most of the weight of the body. When we’re sitting, the tibia and femur barely touch; standing they lock together to form a stable unit.

Spontaneous Osteonecrosis of the Knee SPONK or SONK
SPONK is poorly understood but seems to be the result of some type of trauma to the knee. This trauma may be minor or severe. It usually affects only one knee and most often a single area within the knee. The area of bone in the knee loses its normal blood supply and may eventually weaken and collapse. This typically leads to pain and functional limitations. The pain is often sudden onset and increases with weight-bearing, stair climbing, and at night. SPONK is most often seen in elderly women with osteoporosis. When collapse has occurred, surgical intervention is often necessary. Total or partial knee replacement can provide a dramatic improvement in pain, joint function, and quality of life.

SPONK or SONK Possible misnomer
Originally it was understood that this was caused by bone death, however recent surveys suggest that sufferers have a different history, clinical course and bony involvement than those with true AVN. AVN typically occurring in much younger patients (less than 40 years) often affecting multiple joints and condyles and is associated with known risk factors such as corticosteroids and alcohol abuse.

SPONK typically affects the medial condyle or inner side of the knee, it is unilateral (one knee not both) and typically occurs in older patients with no AVN risk factors.

The microscopic examination of SPONK lesions was originally thought to be signs of bone death. Recent work has shown that the cause of SPONK may be attributed to subchondral or stress fractures in bone that has a lower bone density.

Possibly SPONK may be a misnomer and not true AVN – this has yet to be confirmed.

Secondary Avascular Necrosis AVN
The cause of secondary AVN or osteonecrosis is unknown. However, several risk factors are associated with the disease. Corticosteroid use (such as oral prednisolone) is the most significant risk factor.

Other areas of the body (such as the hip) also may be affected. The pain is usually longstanding and insidious in nature. When joint collapse has occurred, surgical intervention is often necessary. 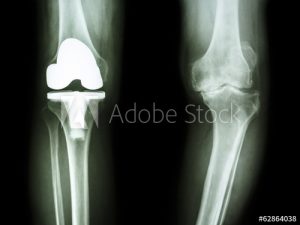 We use cookies in order to give you the best possible experience on our website. By continuing to use this site, you agree to our use of cookies.
Accept